10 Chess Board Plans You Can Build Today

Chess is a game played around the world that people from many cultures who speak various languages can come together and enjoy. Some of the earliest forms of modern chess originated in India in the sixth century, long before modern technology could mass-produce chess sets and make them as accessible as they are today.

Most of the time between the invention of chess and modern-day times, people made their own chess sets, rather than buying them. If you have some solid DIY skills and access to basic tools, you can learn how to build a chess board and set of your own that will provide endless hours of mentally challenging enjoyment.

1. Elegant but Simple DIY Chess Board

Though the end product looks elegant, like something purchased for a high price from a store, this chess board is deceptively simple to build. You can alter its appearance by simply changing the types of wood you make it out of, which won’t make the project any more difficult. It’s a great project for anyone with some basic DIY skills and tools who is looking for a challenge to push their skills to the next level.

To build this chess board, you’ll need some 2x1s in cedar, ash, and cherry, plus a 2×4 and a sheet of plywood. After you make the main chess board, there are also plans and instructions to create the chess pieces and a storage box to keep them in. You’ll need some power tools to complete this project, as well as intermediate-level DIY skills.

These detailed plans will walk you through the process of building a classic chessboard with a top that opens up to hold all of the pieces inside of an attached storage box. It’s an elegant design, but a rather involved build that uses some advanced techniques such as dovetailing. The finished product is attractive, but it’s definitely one of the more difficult builds on this list.

4. Basic Plans for a Chess Board

These plans are simple with all of the dimensions for your wooden pieces clearly marked. There are no instructions, however, so you’ll have to do everything just from the plans. In the end, it makes a nice chess board that’s framed in and has a slide-out drawer to hold the pieces.

Looking for something a bit more eye-catching than a standard chess board? This vertical chess board is really wall-mounted playable art. It’s a great conversation starter that can easily become a friendly game of chess whenever someone notices it. Since the pieces can stand on each square, there’s no need for extra storage compartments.

If you’re dead-serious about your chess and prefer to leave the chessboard out all the time in case someone wants to play a quick game, then you need a dedicated table for your chessboard. Rather than buy a table just for chess, try building this chess table. The chessboard is built right into the table, and there’s even a drawer for holding the pieces in case you have a cat that might knock them off the top.

7. Plans for a Chess Board with Drawer

If you’re the type who prefers to have plans that you can hold in your hand, then you can order these plans to build a natural but luxurious chess board with a drawer built-in for easy storage of all the pieces. It’s one of the more involved builds on this list, but the end result is pretty spectacular.

8. Simple Chess and Checkers Board Plans

Not everyone is looking to build a complicated or elegant chessboard. For some, a simple chessboard with attractive wood grain will suffice. These plans will walk you through the steps of building a simple chessboard that still looks incredible. It will take only a few hours to build, not including drying times for the glue.

9. Build a Chess Set from Wood

Here’s another very simple, yet good-looking chess board that can be made with just a few hours of time. Alter the appearance by trying different finishes. The maker of this chess board also made simple wooden chess pieces out of the same wood used for the board. You can take some inspiration from these chess pieces to help make some for your DIY chess board.

This epic end grain chess board is finished with mineral oil and beeswax, which made it impossible to use for chess! But they corrected on the next board and used varnish instead. We think this is one of the most attractive chess boards on this list, but you’ll have to be willing to put in some serious time and effort to construct one of your own.

From standard chess boards with no frills added to awesome vertical chess boards you can mount on the wall, we’ve gathered many great plans to get you started building your own chess set. This is the type of rewarding DIY project that keeps on giving as you can continue playing on your new chess board for years to come. Of course, once your DIY and woodworking skills progress even further, you might want learn how to build a chess board to challenge and show off those hard-earned skills. 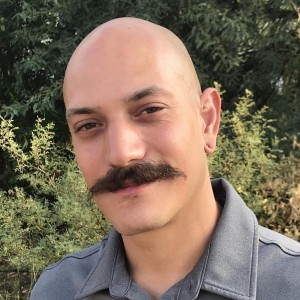 A true Renaissance man, Dean Eby has worked a variety of hands-on careers, including home building and remodeling, personal training, and now shares his experiences and understanding as a writer. An avid outdoorsman, Dean spends much of his time adventuring through the diverse terrain of the southwest United States with his closest companion, his dog, Gohan. For Dean, few passions lie closer to his heart than learning. An apt researcher and reader, he loves to investigate interesting topics such as history, economics, relationships, pets, politics, and more.

How to Safely Dispose of LiPo Batteries

Do you like to race RC cars or tinker with models and other hobby kits? Then sooner or later, you’re going to start using